Complimentary Ticket for Entry With Contribution of $150 or More:
NOTE: We reserve the right to refuse those who are deemed a security threat.
May 10, 2021

Call to Independence and Renewal – Join Our Third Continental Congress in Philadelphia July 5-6, 2021 at Independence Hall!

The time has come, given the total leftist takeover if not stranglehold on the nation, to again declare independence from the despots and tyrants who now have seized, through fraudulent elections and other nefarious means, control of our body politic. I write about this in my new book, “It Takes a Revolution: Forget the Scandal Industry!”, as with each passing day our freedoms and liberties, once taken for granted, are being extinguished.

Our Declaration of Independence, signed on or about July 4, 1776, in my birthplace and the birthplace of liberty, Philadelphia, at Independence Hall – the republic’s true hallowed ground – declares with these sacred words:

“When in the course of human events, it becomes necessary for one people to dissolve the political bands which have connected them with another, and to assume, among the powers of the earth, the separate and equal station to which the laws of nature and natures God entitle them, a decent respect to the opinions of mankind requires that they should declare the causes which impel them to the separation.

We hold these truths to be self-evident, that all men are created equal, that they are endowed by their Creator with certain unalienable Rights, that among these are Life, Liberty and the pursuit of Happiness. – That to secure these rights, Governments are instituted among Men, deriving their just powers from the consent of the governed, – That whenever any Form of Government becomes destructive of these ends, it is the Right of the People to alter or to abolish it, and to institute new Government, laying its foundation on such principles and organizing its powers in such form, as to them shall seem most likely to effect their Safety and Happiness. Prudence, indeed, will dictate that Governments long established should not be changed for light and transient causes; and accordingly all experience hath shewn, that mankind are more disposed to suffer, while evils are sufferable, than to right themselves by abolishing the forms to which they are accustomed. But when a long train of abuses and usurpations, pursuing invariably the same Object evinces a design to reduce them under absolute Despotism, it is their right, it is their duty, to throw off such Government, and to provide new Guards for their future security. – Such has been the patient sufferance of these Colonies; and such is now the necessity which constrains them to alter their former Systems of Government. The history of the present King of Great Britain [present day Biden and Harris] is a history of repeated injuries and usurpations, all having in direct object the establishment of an absolute Tyranny over these States. To prove this, let Facts be submitted to a candid world.”

The majority of citizens in this country are no longer represented by those who claim to govern, and I mean both Democrats and Republicans, who like the money changers at the Temple in ancient Jerusalem spend their time and energy filling their own coffers and acquiring more power, but who forsake We the People for their own greedy and self-serving designs.

And, we are seeing the results today. The nation no longer has any functioning system of justice, our borders are left wide open to allow hordes of illegal aliens who will be permitted to vote, some of whom also carry deadly Covid-19 illness, into our midst. Hatred by radical blacks, radical Muslims, the radicals of Marxian Jewish left, radical feminists, radical LGBQTs, and atheists against the majority, people of faith and those who believe in the vision and creation of our Founding Fathers in particular, is used to divide the nation for political purposes. Then there is continued mass government surveillance which spy on hundreds of millions of our people like the German Gestapo, and our defenses domestic and from foreign adversaries who want to destroy us from within and without are dismantled and defunded. I can go on and on, but you know what I mean. We are now living in an increasingly Marxist atheist hell.

If We the People do not rise up now, all will remain lost under the rule of leftist dictators such as Joe Biden and Kamala Harris, who are far worse than what the colonies experienced during the reign of King George III. And, the so called opposition, the Republican Party is all but dead, having collapsed under its own corrupt weight – having even stabbed President Trump in the back as Brutus did Caesar in the Roman Senate.

If you are a true patriot and not a sunshine soldier, in the words of Thomas Paine, go to our website at www.freedomwatchusa.org and learn more about our Third Continental Congress and sign up to participate in a gathering of men and women of all races, colors, creeds and recognized peaceful religions, and get up off the couch, turn off Fox News and Newsmax – both charlatan conservative voices – and join us in actually saving the republic from certain extinction. The time has long since passed for words and cable entertainment at our expense! What we now need is action, real action!

These indeed are the times that try men’s souls. Now is the time to act not just for yourselves but for your children and grandchildren and their future generations before it is too late and all will be irreparably lost.

To further this Third Continental Congress, I seek your participation in Philadelphia this July 5th-6th, 2021. Contributions to Freedom Watch are greatly appreciated to further this important gathering of great patriots, in order to plan for the future and greatly increase our odds at fighting off the leftist virus that has plagued our great nation. Contribute at www.freedomwatchusa.org and lets get our boots on the ground and deliver the peaceful and legal revolution that will save our beloved republic.

Finally Fellow Patriot, we will surely be in further contact with you to see if you are available to participate in our call to immediate action at the Third Continental Congress at the Visitors’ Center at Independence Hall July 5-6, 2021. 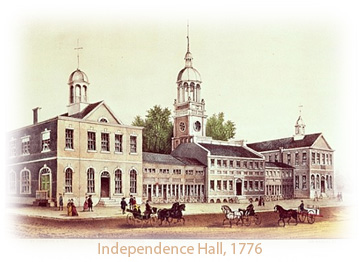 I look forward to speaking with you.

Yours in Freedom With God’s Divine Providence,

Sign Up to Participate in the Third Continental Congress in Philadelphia This July 5-6, 2021

n January of 1776, Thomas Paine published a pamphlet, known as “Common Sense”, containing the tinder to uniting American colonies in their revolt against the crown. At the time, Americans were quite aware of the inevitable fight for liberty and freedom that would take place. However, many were scared to rise against England and King George III, and many were content to live under the order of the British monarchy.

Fast forward 245 years and it is even more apparent that the poison of corrupt government is threatening the inalienable rights and liberties of every American. Appointed non-elected justices, claimed lifelong terms, effectively forced intake of potentially dangerous and not fully tested vaccines, false racial and reverse racist narratives that destroy unity, big media censorship and violations of our U.S. Constitution are only a sample amount of the poisons being force-fed to and imposed on We The People. Now is the time to act. As our forefathers were forced to realize, you, as an American, are your own hero. Only the citizenry itself can save the day. You will be the reason your children and grandchildren live a life that God bestowed unto them. You are the only vaccine to cure the real cancerous virus; the leftists and the false prophets that plot along with them.

They want turn us away from the reign of God. They are building the godless pillars to socialism and communism as you read this.

“It is not in numbers, but in unity, that our great strength lies; yet our present numbers are sufficient to repel the force of all the world.” – Common Sense, (Paine, 1776)

We have to come together, using the God endowed rights entitled and bestowed to every American, as the cement which repels these evil forces of the left. We must be fearless, peaceful, yet unbridled in this inevitable revolution if America is to survive and resurrect the republic from the dead. We no longer have the luxury of fear. Our backs are up against the leftist wall, and they keep pushing to destroy all dissent. We must act now!

I, Larry Klayman, want to introduce you to our new platform, known as, The New Common Sense. On this platform, we will be assembling and publishing materials of transparent, thorough facts, regarding destructive so-called government behavior and its effects on the American people. I ensure you that together we will communicate effectively and strategically, to build a stand against the despotism within our corrupt federal government in particular. We have never and will never allow illegal censorship, grandstanding, intimidation, or any other vile act to continue to mute and disregard the voice of the true American patriots. And our mission is to drive a peaceful and legal Second American Revolution to free us from the oppressive bondage of the current leftist takeover. Like Moses, we must take the people to the promised land; to restore the “tarnished city to the faithful city”, prophesized in the Old Testament Book of Isaiah. And, like Jesus, we must not be afraid to take on the corrupt “high priests” that now rule over us.

Here at The New Common Sense, we have created an environment where conservatives, libertarians, people of faith and all those who believe and are willing to sacrifice to preserve the freedoms bestowed upon us by our Founding Fathers can come together and showcase the pillars of patriotism, resilience, and perseverance. This is an environment free from fearmongering and retaliation. Here at the New Common Sense is where the truth will imbue the hearts of true patriots, and not dishearten the strong. The New Common Sense we give value to the facts and the will of the people. We will not be summer soldiers or sunshine patriots as Thomas Paine put it. The goal of The New Common Sense is thus to generate action. As one of our great Founding Fathers, Benjamin Franklin said at the outset our First American Revolution, “either we all hang together, or separately we will hang.”

In these dark moments, The New Common Sense will be that light that shines the brightest vision to resurrect our great nation from the leftist hordes and barbarians who have entered our gates and taken over, but we can’t do it alone. We need fellow patriots who are strong and determined to save this country to join us. Together, we will erect this platform into a force America and her patriots need. We will put an end to fake news, censorship, and intimidation and retaliation related to political views.

We look forward to you joining us for weekly discussions and updates and appreciate all contributions to our freedom movement. We rely on contributions to keep the movement persevering against the tyranny of our current political and judicial regimes. In return, I guarantee a social sanctum, that with your help, will have the power to mobilize the citizenry to save America.

Welcome to The New Common Sense presented by Larry Klayman, a project of Freedom Watch, Inc.

To submit a column to be considered for publication, email to asher.andersonfw@gmail.com

Please support us with your generous contribution:
Donate Now